Happy “Thread The Needle Day”.  Who knew there was such a thing, right?

Although the statement could have several meanings, I’ve decided to focus on the more literal meaning.  Today can be all about sewing or learning to sew.  I occasionally sew, and maybe this will be the push I need to finish some of the sewing projects I have started.  What about you?  Have you ever wanted to learn to sew?

Before investing in a good machine, it might be a good idea to take a few sewing classes at your local craft store.  This will give you a good idea of the time and patience you’ll need to take up sewing as a hobby.

Keep an open mind.  Know that learning anything new, takes time to master the task and get good at it.  When I was learning to sew, I can remember having to take my seam ripper to many projects because I sewed together the wrong pieces, or sewed on the wrong side, etc.  Practice, practice, practice.  You can inexpensively practice your sewing skills on thrift store sheets and bargain thread.  Start with simple projects so that you can fine tune your skills.  And if you have an experienced friend that you can go to for questions, that can be tremendously helpful.

Make things you like.  If  you have a genuine interest in what you’re making, you’re more likely to stick with it.  When I started sewing, I had a cousin that was a toddler.  That poor kid had the cutest, silliest, outfits made for him.  His mother was kind enough to actually have him wear them (or at least long enough to take pictures and send them to me).  Those photos will be great for embarrassing him later in life.

Search the internet.  Pinterest and You Tube have great ideas and how to tutorials.  I always find visuals much more helpful than written instructions.

Now, if you find that your sewing skills aren’t up to par and you need a little assistance for your window treatment project, contact DrapeStyle.  We have been making custom Drapes, Roman Shades and Pillows since 2002.  Our seamstresses have an average of 25 years experience so you are sure to get premium products, quality craftsmanship and a great price.

Offered in a wide range of both vibrant and neutral color pallets at an incredibly affordable price-point.  The collections include patterns from classic stripes and chevron designs to the more elaborate scrolls, links and the extremely popular gate design.  Whether you choose bold or neutral colors, custom drapery in these fabrics will add sophistication to any room.

All of our cotton collection patterns start with heavy weight 7oz. cotton and cotton blend fabrics.  Beautiful patterns are printed on the fabric.  We then custom make your drapes to any length and width.  Our high quality privacy lining is added at no additional cost.  For higher insulation qualities, blackout lining and interlining are available for an additional charge.

All of our fabrics can be made into Pillows and Roman shades.  Simply contact us with your window dimensions and we would be more than happy to provide you with a quote.

Experience how unique these patterned fabrics are.  Order a sample today or contact one of our design team members to learn more.

Since 2002, DrapeStyle has made the highest quality custom window treatments, right here in the USA.  Our Arizona studio employs some of the most talented seamstresses, who have an average of 25 years of experience in making custom draperies. 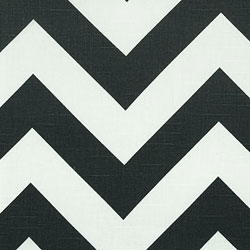 DrapeStyle has also been awarded the Best of Houzz award for customer service three years in a row.  We love our customers and it shows!  Great customer service paired with the highest quality custom drapes, Roman shades and pillows.  You are sure to find exactly what you need to make your house a home.

Please join us in the DrapeStyle experience, you will be pleased.

How should I care for my drapes?  This is a question I get asked quite frequently.

The best answer I can give is, “Let a professional take care of it”.  With each drapery order from DrapeStyle, you will receive instructions on how to care for your drapes.  You shouldn’t try to clean them yourself.  You do not want to launder, wash or dry clean your drapes. Typical household cleaners can permanently damage the fabric.  You should have your drapes professionally cleaned by a company that has experience with draperies.  Not every dry cleaner knows how to properly clean drapes, so do a little research and locate a drapery cleaner so that you can protect your beautiful investment.

Vacuuming and dusting your draperies can help. Regular cleaning reduces the build up of allergens like dust mites, animal hair and dander, and may offer some relief to those with allergies or asthma.  If drapes are touched often, natural oils in the skin can leave residue that builds up and attracts further dust.  Without proper and regular cleaning, dusty and grimy window treatments begin to look dull and discolored, detracting from the beauty of the window or door that they cover.  Regularly cleaning your window treatments prolongs the life of fabrics and keeps colors from becoming dingy.

DrapeStyle wishes you and your family a happy 4th of July.  In honor of our nations independence, here is a little information about our country’s flag:

The national flag of the United States of America consists of thirteen equal horizontal stripes of red (top and bottom) alternating with white, with a blue rectangle in the canton (referred to specifically as the “union”), bearing fifty small, white, five-pointed starts arranged in nine offset horizontal rows of six stars (top and bottom) alternating with rows of five stars.  The 50 stars on the flag represent the 50 state of the United states of America, and the thirteen stripes represent the thirteen British colonies that declared independence from the Kingdom of Great Britain and became the first states in the United States.

Francis Hopkinson of New Jersey, a naval flag designer, and a signer of the Declaration of Independence, designed the 1777 flag while he was the Chairman of the Continental Navy Board’s Middle Department.

The origin of the stars and stripes design has been muddled by a story disseminated by the descendants of Betsy Ross. The apocryphal story credits Betsy Ross for sewing the first flag from a pencil sketch handed to her by George Washington. No evidence for this exists either in the diaries of George Washington nor in the records of the Continental Congress. Indeed, nearly a century passed before Ross’ grandson, William Canby, first publicly suggested the story in 1870.  By her family’s own admission, Ross ran an upholstery business, and she had never made a flag as of the supposed visit in June 1776.  Furthermore, her grandson admitted that his own search through the Journals of Congress and other official records failed to find corroboration of his grandmother’s story.

The family of Rebecca Young claimed that she sewed the first flag.  Young’s daughter was Mary Pickersgill, who made the Star Spangled Banner Flag.  According to rumor, the Washington family coat of arms, shown in a 15th-century window of Selby Abbey, was the origin of the stars and stripes.

The flag is customarily flown year-round at most public buildings, and it is not unusual to find private houses flying full-size flags.  Some private use is year-round, but becomes widespread on civic holidays like Memorial Day, Veterans Day, Presidents’ Day, Flag Day, and on Independence Day.  On Memorial Day it is common to place small flags by war memorials and next to the graves of U.S. war veterans.  Also on Memorial Day it is common to fly the flag at half staff, until noon, in remembrance of those who lost their lives fighting in U.S. wars.

So today, fly your flag proudly in honor of America’s Independence.  DrapeStyle will be closed on Monday, July 4th.  We will be back on the 5th to help you with your window treatment needs.  In the meantime, you may contact us and leave a message, and we contact you when we return.